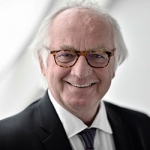 The Elaïs team immediately understood and supported our strategic plan of acquiring smaller mental health clinics to transform them into units with critical size providing innovative and open healthcare services. Elaïs has been instrumental in executing acquisitions of new units, arranging the financing of significant real estate renovation programs with investors, and establishing new control tools and processes. From a modest private hospital of 40 beds acquired in 2011, SBD has become a national player with over 200 beds and places in three modern units with one of the widest mental health offering in the country. 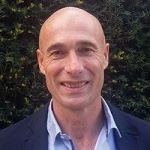 Sunaero had reached a strategic ceiling as a manufacturer of fast leak detection and repair systems for aircrafts. After having validated our transformation plan to become a global provider of fast detection and repair services to aircrafts, the Elaïs team provided support in the recruitment of a new CEO with a strong experience in aircraft maintenance and in the establishment of new control tools and processes. 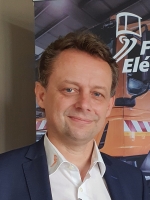 Elaïs Orium brought a major contribution to the transformation of France Elévateur from a French, family-owned small business into one of the European leaders of the aerial work platform (AWP) industry, featuring several brands, 15 service centers established in 4 countries, and a unique culture of industrial excellence and product innovation. Since 2014 and with their support, the FE Group doubled its number of employees, trebbled its revenues and profits, and intiated an acquisition program starting with the integration of Movex, leader of the Spanish AWP market.

In the autumn 2008, I was looking for investors capable to help me achieve a carve-out from my previous group, in a constrained agenda. I met the Elaïs Orium team through a common friend, they immediately rallied, quickly understood the activity’s key dimensions and rolled out their analysis and the various implementation stages, in a very reactive way. They had an important role in the decisions of international development, in the execution of an add-on acquisition and in the introduction of computer-aided production management. Finally, they supported me in the structuring of a management-led buy-out, allowing me to become majority shareholder.

The Elaïs Orium team supported CrossKnowledge’s evolution from start-up to world leader in e-learning. In strategic thinking, executions of add-on acquisitions and analysis of evolutions, they brought their vision, rigorous and demanding, but also considerate At key and critical moments, they have always been engaged and supportive, providing time and advice that are necessary to make good decisions. They were real partners. 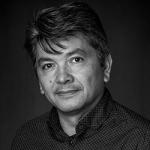 When I first met the Elaïs Orium team in 2006, Trigo was operating only in France, in the automotive sector with 1,000 employees. After 5 years of MBO with this team, Trigo operates in 19 countries in Europe and Asia, employs 3,500 workers and serves several sectors including aerospace equipment, railway equipment, cosmetics and consumer electronics. The support of this team has been critical throughout the main transformation steps of our group: green field 3 operations in Asia (Turkey, China and India) between 2006 and 2008, the acquisition of Imagement (Central Europe) in 2007, and the negotiation of a joint-venture in Spain in 2010. In addition, in our day-to-day interactions, they were extremely reactive, and pertinent and helped us to focus on our long term objectives in a highly demanding, fast growth environment. 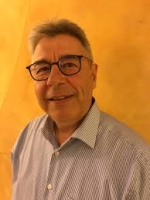 After twenty years of independent bilateral functioning with my partner, the decision to sell 70% of the shareholding was not an easy one. We chose Elaïs Orium’s team which combined a high professionalism with a real passion for SMEs and a very strong human sense, which allowed for harmonious functioning of the governance, and ended in an exemplary exit to a large German industrial group. 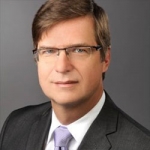 When preparing the spin-off of LPR from Algeco, the Elaïs Orium team rapidly understood the key features of our unique, complex and capital intensive business and accordingly arranged a tailor-made financing structure. During our MBO, we developed a relationship of confidence with pragmatic shareholders in a shared project of value creation. With their support, we implemented a growth strategy which included a greenfield entry into a new country opening and a corporate acquisition.